Boxing, Yoga and Reclaiming Your Space

Boxing, Yoga and Reclaiming Your Space

Did you know that boxing and Yoga have a lot in common?

“Both are very much about feeling empowered, standing in your power, and taking your power back,” says Ivy Richardson, founder of Red Girl Rising, an organization that provides free access to boxing, yoga, and fitness programs to Indigenous communities in central Vancouver Island.

Richardson, a former competitive boxer at the national level, is one of the first graduates of the First Nations Women’s Yoga Initiative (FNWYI), a program created by Cedar + Gold and Yoga Outreach. 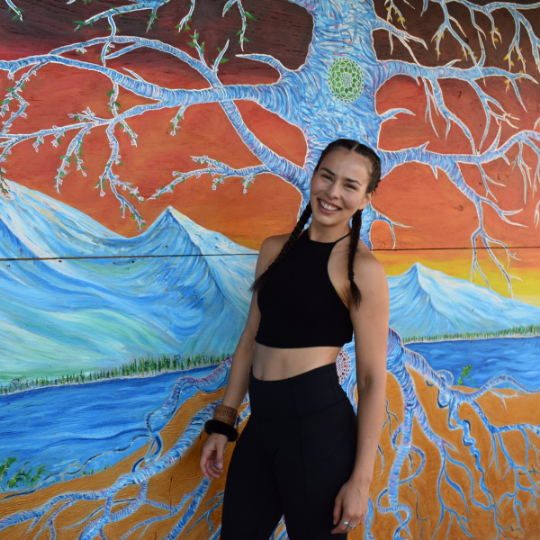 Although she’d already completed a 200-hour yoga teacher training, Richardson registered for the FNWYI to learn more about trauma-informed techniques and because the curriculum also emphasized Traditional practices from First Nations culture.

“What I loved about the 80-hour course was that it gave me more of a sense of the roots of Yoga. It connected those dots for how to share it more appropriately.”

Richardson appreciated the focus on honouring the culture of Yoga, in part, because she’s deeply committed to sharing and honouring First Nations culture.

Richardson is of Nuxalk, Gusgimukw, and European descent and lives as a guest on Snaw’naw’as First Nations territory, also known as Nanoose Bay. Growing up, Traditional practices weren’t emphasized in her family, and Richardson says she was busy with sports anyway.

“I was always drawn to the physical side of wellness,” explains Richardson. This affinity led her to competitive boxing, a Bachelor’s in Physical Education, and certifications in coaching. Yoga didn’t draw her interest until she was looking for support for injuries and burnout.

“Yoga gave me the first safe space to slow down,” she says. 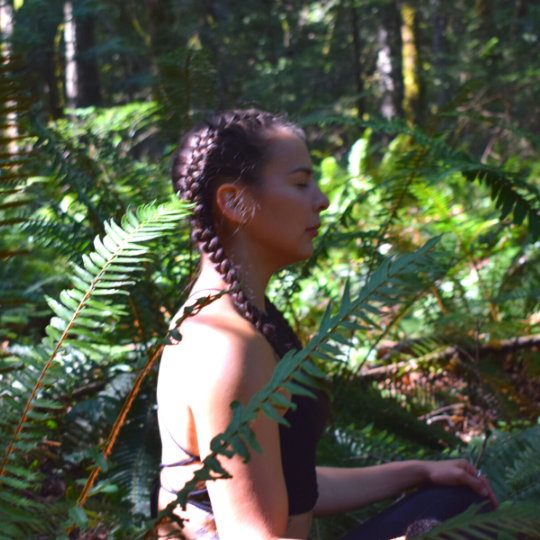 Many experiences through childhood and young adulthood lead to Richardson feeling unsafe.

Initially, participating in boxing and then sharing this skill with other Indigenous women was about self-defence. But she soon noticed that boxing, like Yoga, yielded much more.

“I was coordinating a youth advisory council on youth in care. Because boxing is such a big part of my life, it sort of evolved into my starting a boxing team. I asked the youth to choose a name that had meaning for them. They came up with Team 700 because that’s the number of youth that age out of care each year in BC, although now it’s closer to 1000. It’s meaningful to us, because all of the youth share that experience of being in government care.”

“Matriarch Resistance was formed in direct response to the Missing and Murdered Indigenous Women crisis, and the shooting of Chantel Moore [by New Brunswick police assigned to do a wellness check]. It triggered something in my sister Lisa, so we developed this program together. Who do we turn to when we don’t feel safe, if we can’t go to the people who are supposed to keep us safe? It’s about empowering us to keep our own women safe through community care.

So can boxing be trauma-informed?

“It depends what your intentions are. If I’m coaching athletes for competition, I say ‘Punch with bad intentions,’” laughs Richardson.

“But when I’m facilitating community classes, our intentions are reclaiming our body and our space. And I think that is definitely trauma-informed.”